The fish we refer to in Britain as the ‘perch’ is the European perch that carries the Latin scientific name Perca fluviatilis. It is part of the Percidae family of fish that includes the walleye and largemouth bass found in America. The USA is also home to a very close relative of our perch called the ‘Yellow Perch’ (Perca flavescens). Our perch is found throughout Northern Europe and Russia, as well as into Siberia. It is not indigenous to Greece, Italy and Spain but it has been introduced on a small scale into these countries. It has also been artificially introduced to south-eastern Australia, New Zealand and parts of South Africa.

On the back of the fish is a spiky dorsal fin. The spikes are not venomous but they can prick the skin if the perch is not handled carefully. There are also flattened spikes on each gill cover and there are even small spikes on the scales so that when you pick up a perch it feels decidedly rough unlike the slippery feel of other fish.

The perch is, like most of its close relatives, a freshwater visual predator. The perch has large eyes that give a clue to it’s predatory nature and also indicate that it is adapted to feeding in low light or murky conditions. 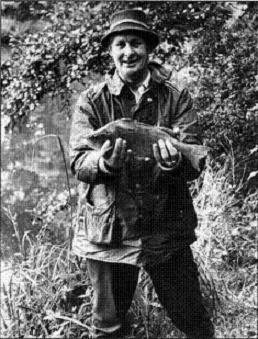 It is found in lakes, rivers and brackish estuaries. The fry feed on small planktonic organisms, with older perch feeding on larger and bottom-dwelling invertebrates. Depending on the rate of growth, perch in the 4 to 6 year range start feeding on fish, at which point growth becomes more rapid due to the much higher protein content in this fish-based diet. Perch are thought to be heavily cannibalistic, treating their own offspring like any other readily available meal!
Perch fishing has been through an amazing revolution in recent years. The small, greedy perch that delighted us all as new anglers has, in recent years, transformed into a muscular, aggressive giant whose prickly heart-stopped beauty is enjoyed by many.

Hunting big perch came to the fore with Dick Walker’s exploits on Arlesey Lake, to be followed by specimens from Oulton Broad and Bewl water. The ‘sixties’ saw a massive decline in perch as the ‘perch disease’ decimated our species across the country.

By the mid-eighties, big perch were once again on the prowl. At Furnace Pond, John Shayler and others caught many huge perch including John’s now deposed record fish of 5lb 9oz – a record perch caught by design – still a rarity to this day! The current perch record stands at 6lb 3oz, shared by Neill Stephen with a fish from Stream Valley Lake E in March 2011 and Ken Brown’s Tring fish taken on 18th September 2011. 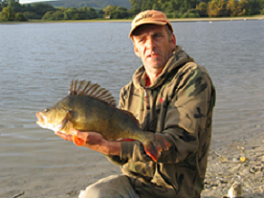